Upgrade your PC with one of the top graphics cards The graphics processing unit (GPU), otherwise known as the video card or simply the graphics card, is an essential piece to the PC puzzle if you’re looking to game. Especially if you aim to pull off the high-resolution textures featured in the likes of Fallout 4, you’re going to need only … END_OF_DOCUMENT_TOKEN_TO_BE_REPLACED 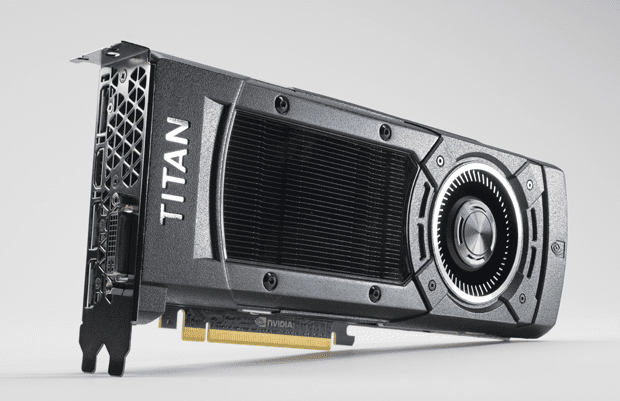 A new hero descends from the heights of Mount GeForce In ancient Greek mythology, the Titans are the immediate descendants of the primordial gods. So it is with the Nvidia GeForce GTX Titan, descended from the company’s top-shelf professional workstation GPUs. First debuting in March 2013, the original Titan was nearly the most powerful video card that the company could … END_OF_DOCUMENT_TOKEN_TO_BE_REPLACED